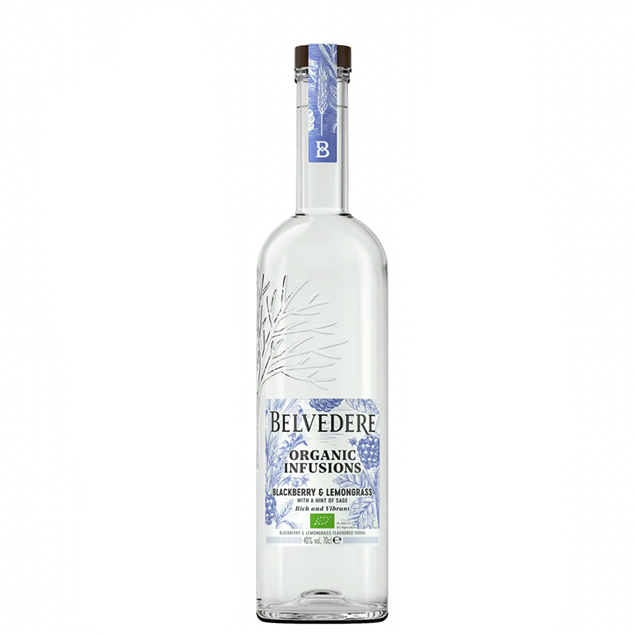 A juicy, spicy vodka from Belvedere, infused with blackberry, lemongrass and sage. Try mixing this with sparkling water and ice, and garnish with a twist of lime. 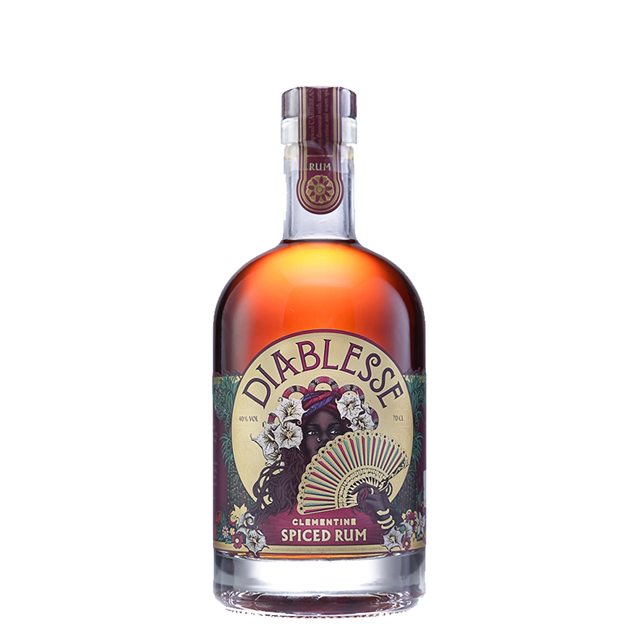 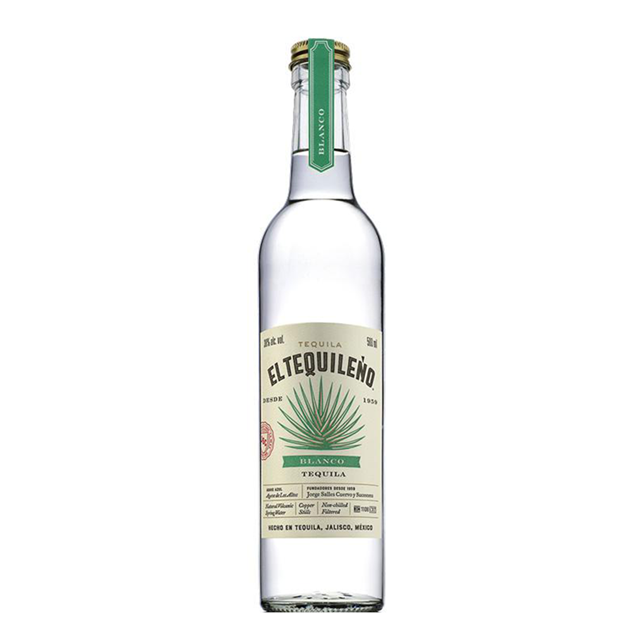 El Tequilena Blanco is an award-winning authentic tequila suitable for vegans. Made using traditional techniques, this white tequila has notes of butterscotch, anise and peppercorn derived from Mexican blue agave, cane sugar and sugar cane. Named in honor of the people of Tequila, El Tequilena has a true respect for traditional ingredients and techniques, handed down through the generations. 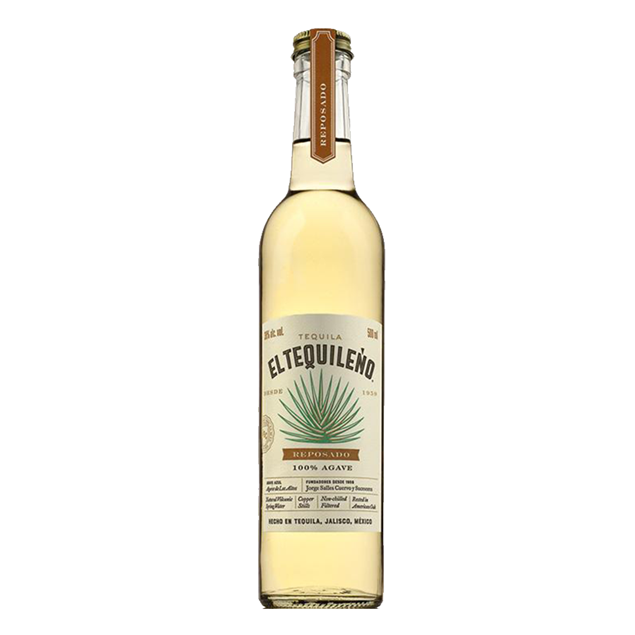 El Tequileño Reposado is a 100% agave tequila that spends 3 months in American Oak. Its full agave flavor can be enjoyed by itself or mixed in a cocktail of your choice. 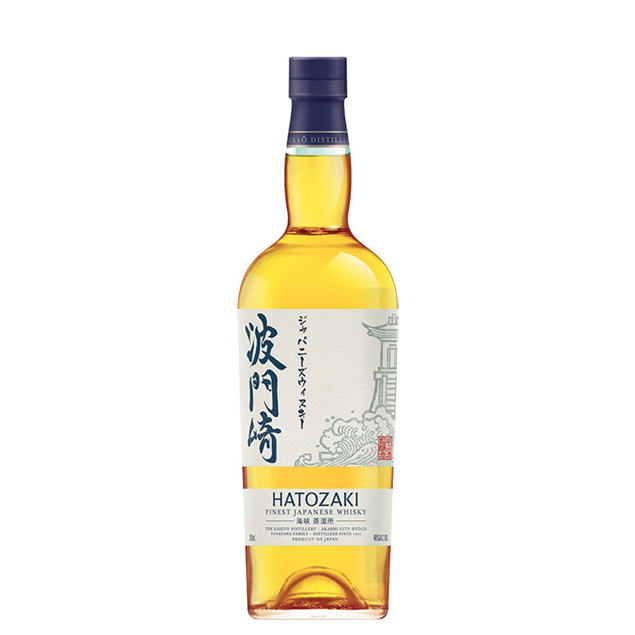 A blended whisky from the Kaikyo Distillery, the Hatozaki blend sees the marriage of both malt and grain whiskies, including whisky distilled in Japan and imported stocks. The whisky is named after the Hatozaki lighthouse, the oldest lighthouse in Japan. The liquid is aged in many different cask types, including sherry, bourbon and Mizunara oak, imparting a complex flavour profile. 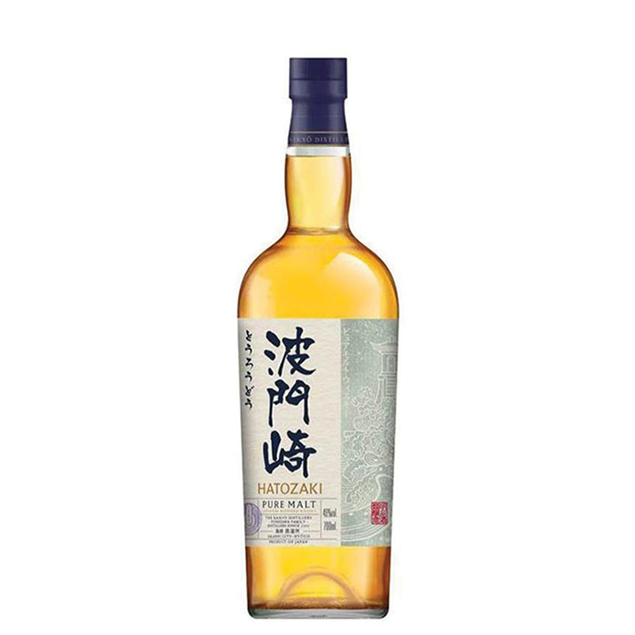 From the Kaikyo Distilley comes Hatozaki Pure Malt, made with 100% malt whiskies, including stocks distilled in Japan as well as imported malt whiskies. This one features spirits drawn from a trio of casks - bourbon, sherry and Mizunara casks. It's named after the nearby Hatozaki lighthouse, which is the oldest stone lighthouse in Japan. 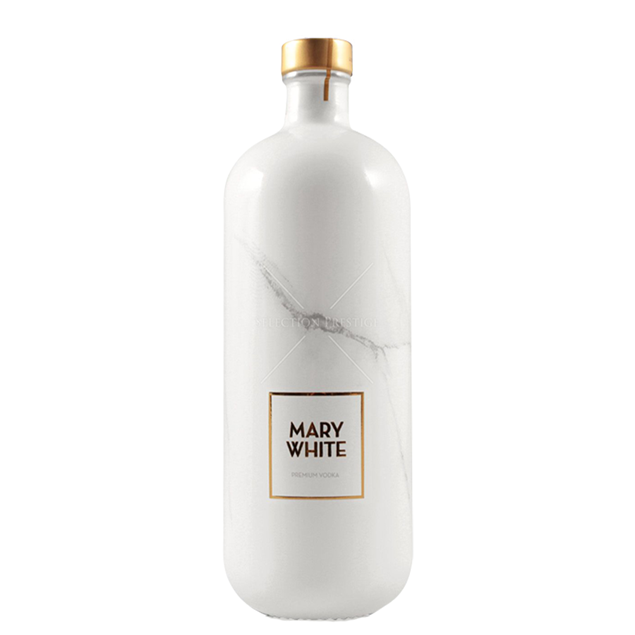 Mary White Vodka is a product of Deluxe Distillery. They launched earlier Blind Tiger and Bonnie & Clyde gin. Now we ventured to the vodka segment with a truly beautiful bottle with marble look.Here the Master Distiller adds a precise amount of malted barley for a naughty character. Fine soft grain smells like freshly baked bread and fresh yeast odors are first impressions. In the finish a tantalizing taste with a nice creamy mouthfeel that leaves a silky feeling on the tongue. 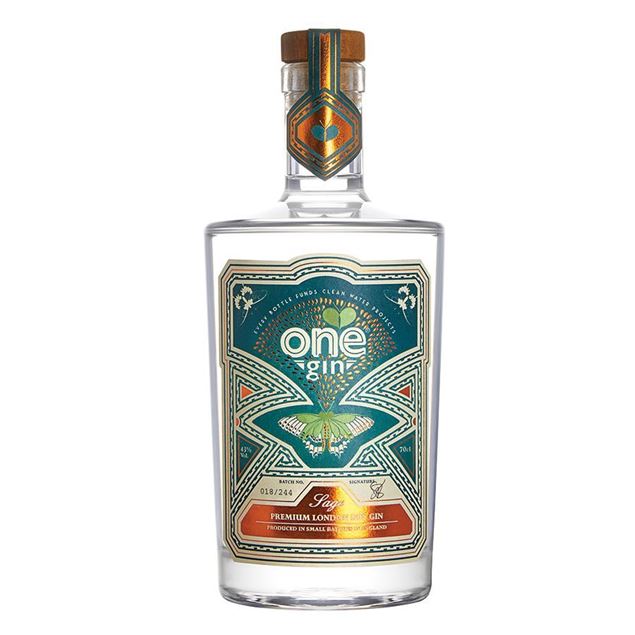 One Sage Gin is an award-winning, bold, distinctive London Dry gin abundant with fresh sage and copper-distilled to make a wonderfully smooth aromatic spirit. One Gin is the first gin created to give back to a global humanitarian cause, turning the UK's love of gin into a force for good. One gin donates at least 10% of its profits to fund life-changing, sustainable water programmes in the world's poorest communities. 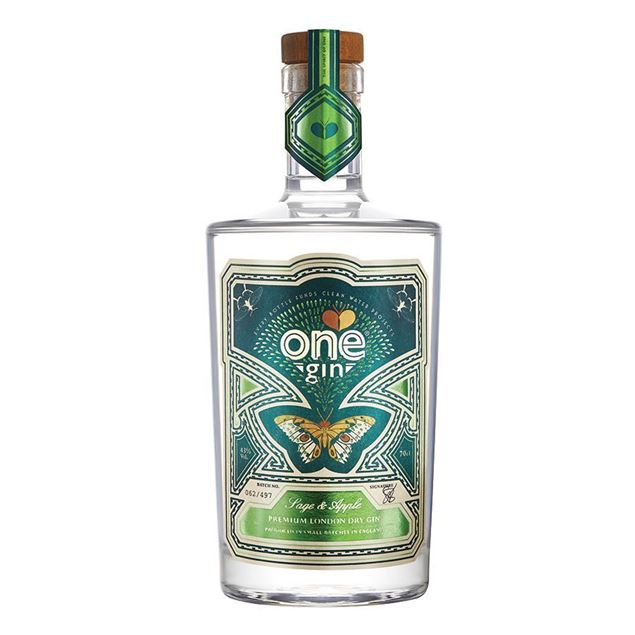 Sage and Apple is an Orchard Fresh Twist on One Sage Gin. This wonderfully Crisp, fragrant spirit is a perfect balance of Juniper, Crisp Russet Apple and fresh English sage. One Gin is the first gin created to give back to a global humanitarian cause, turning the UK's love of gin into a force for good. One gin donates at least 10% of its profits to fund life-changing, sustainable water programmes in the world's poorest communities. 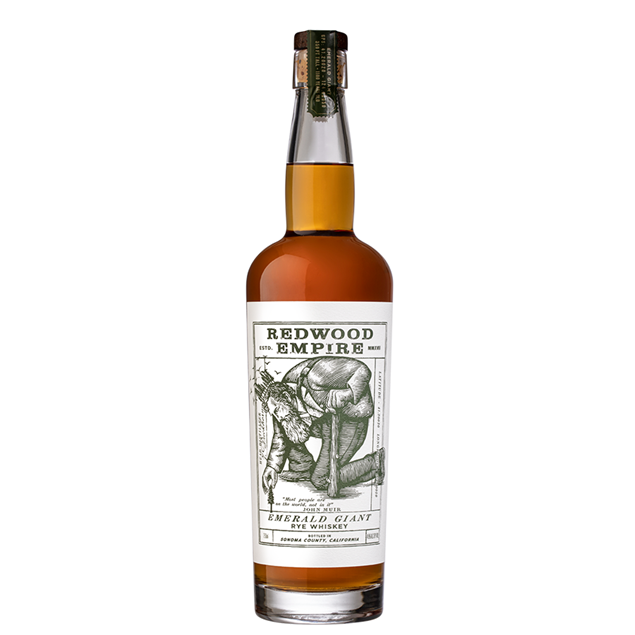 Named for the 14th tallest tree on the planet, Pipe Dream is our first Bourbon whiskey. Pipe Dream Bourbon is made from barrels aged between four and twelve years with a high corn mash bill. Smooth and complex, it is a true sipping whiskey. 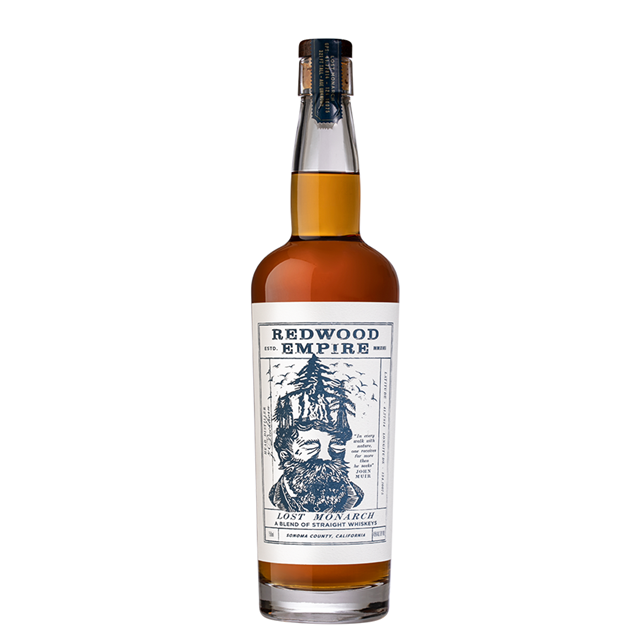 Redwood Empire is a distillery out of California. Lost Monarch is a blend of bourbon and rye, aged for no less than 3 years. The blend is 60% rye whiskey (95% rye, 5% malted barley which was aged between 3-5 years) and 40% bourbon whiskey (75% corn, 21% raw rye and 4% malted barely that was aged between 5-12 years). Redwood Empire included some of their own distillate in the mix, which is why the age statement is fairly low. This expression is named after the world’s largest coast redwood by volume, standing at 320 feet tall and 26 feet in diameter. 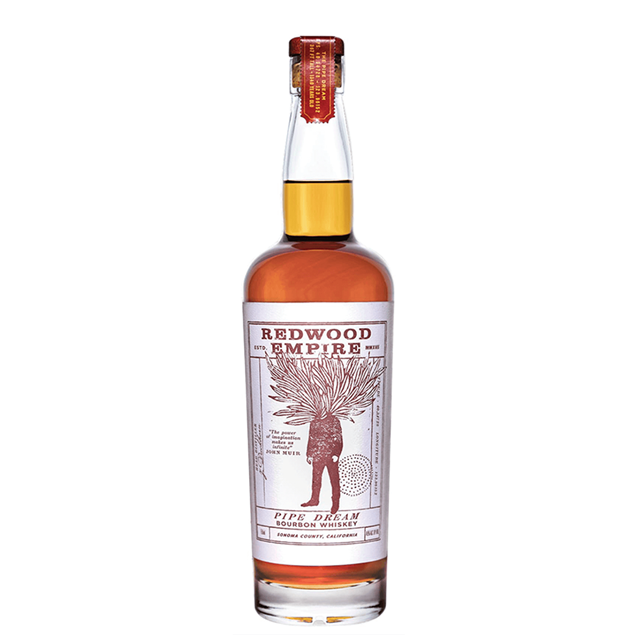 Pipe Dream Bourbon Whiskey is named after the 14th largest tree on the planet. As the first bourbon whiskey coming from Redwood Empire Distillery, Pipe Dream sits at 90 proof and is a blend of barrels aged between 4 and 12 years. It is made from a high corn mashbill. 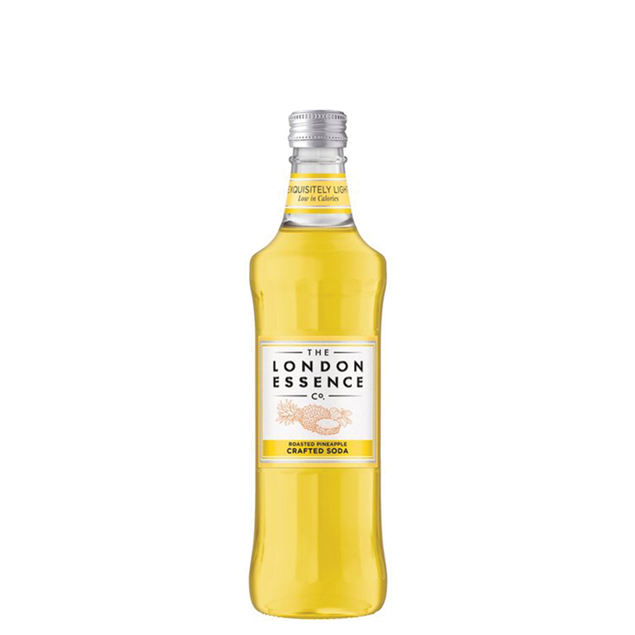 Refreshingly light and tropical, with a subtle sweetness, our Roasted Pineapple Crafted Soda is instantly uplifting. Take a sip and the delicious blend of tropical, tangy pineapple and botanicals will instantly transport the taste buds to sunnier climes. There’s a subtle hint of caramel too, while the inclusion of distilled basil essence brings a fragrant herbal note to cut through the sweetness. 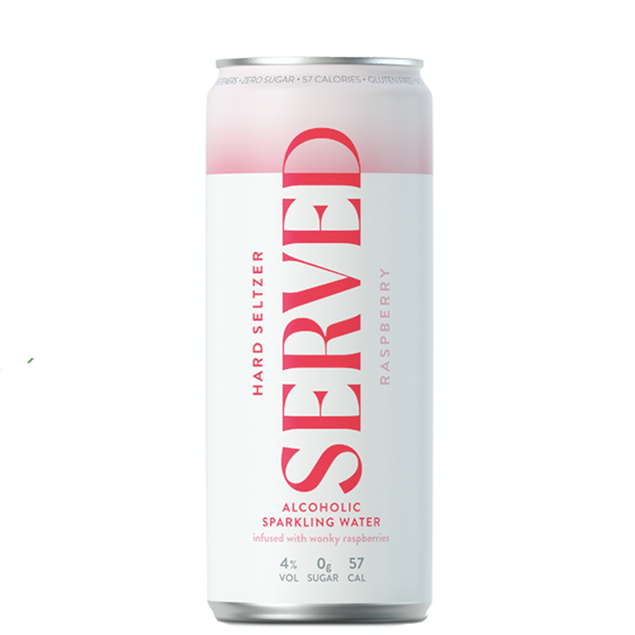 With a light fruit flavour this is a convenient and refreshing drink for a modern lifestyle. Available in Lime and Raspberry. ULTRA-PURE ALCOHOL – Served Hard Seltzer is made with ultra-pure, four-times distilled ServedPureTM – a gluten-free spirit with no carbs, sweeteners and only 57 calories per can. 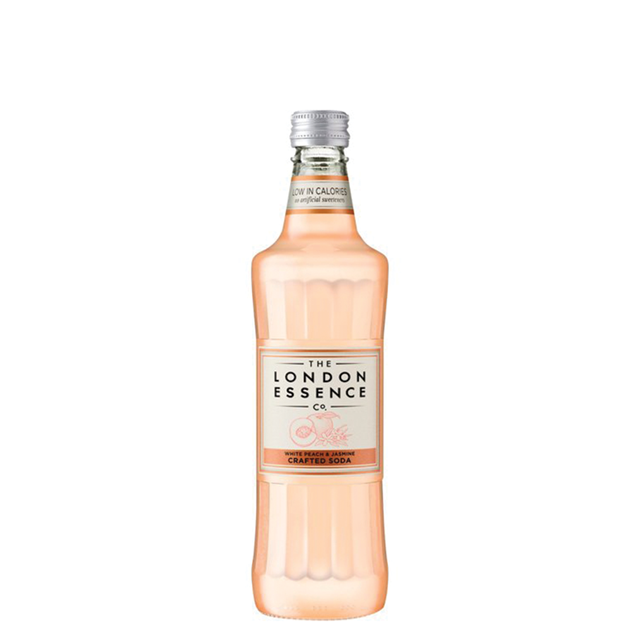 A precise blend of white peach with distilled jasmine essence. A delicately fruity experience with a gentle floral finish. Mix with prosecco in a flute glass for a contemporary twist or as an elegant soft drink.