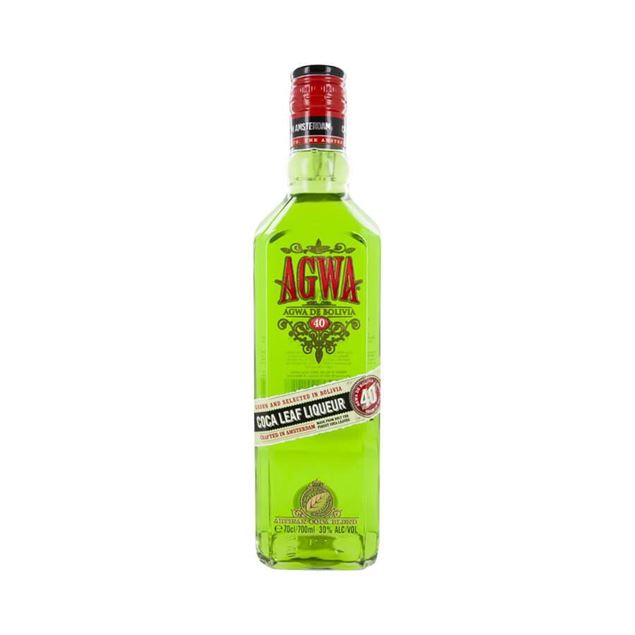 Sweet Agwa, a Bolivian liqueur which marries together an array of tempting herbal flavours, offering a distinct and enjoyable flavour. Agwa’s key ingredients are bolivian coca leaves, Brazilian guarana and Chinese ginseng which work together to offer a herbal, minty scent followed by a thick, syrupy mouthfeel awash with spicy notes, sweet menthol and the depth of the herbaceous ingredients. It ends on a long herbal note which encapsulates the overall flavour of this traditional liqueur. 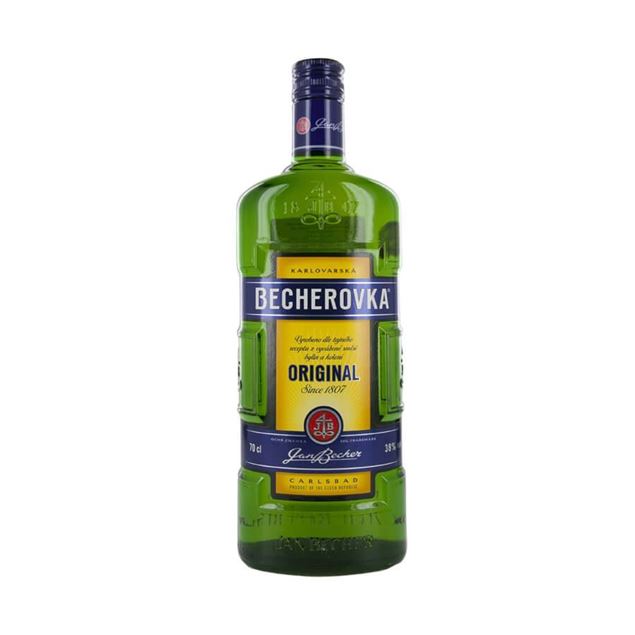 One of the Czech Republic’s many alcoholic herbal tonics, Becherovka herbal is rich with vibrant herbs and spices, creating a surprisingly fresh flavour which is wonderful before or after dinner. A natural herbal liqueur with only a little colour is not like a classic medicinal tonic and is in fact known for its gingery cinnamon inspired taste. Both ginger and cinnamon are included on the ingredients list as well as anise, cloves and other traditional herbs. Serve with tonic water to enjoy a traditional Beton. 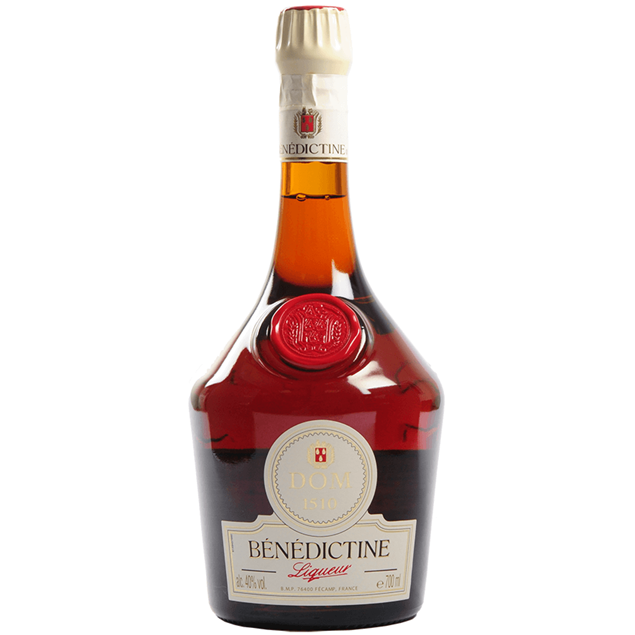 One of those all-time classics that France is famous for, benedictine is a herbal delight that brings together the flavours of twenty-seven different ingredients. Over 500 years old and true to its original recipe, benedictine has a nose fresh in spice and fresh fruit, prune and orange alongside liquorice and cloves. When tasting you’ll enjoy the spice of the cloves alongside aromatic liquorice and a little fruity warmth. It’s surprisingly sweet and simply divine after dinner. 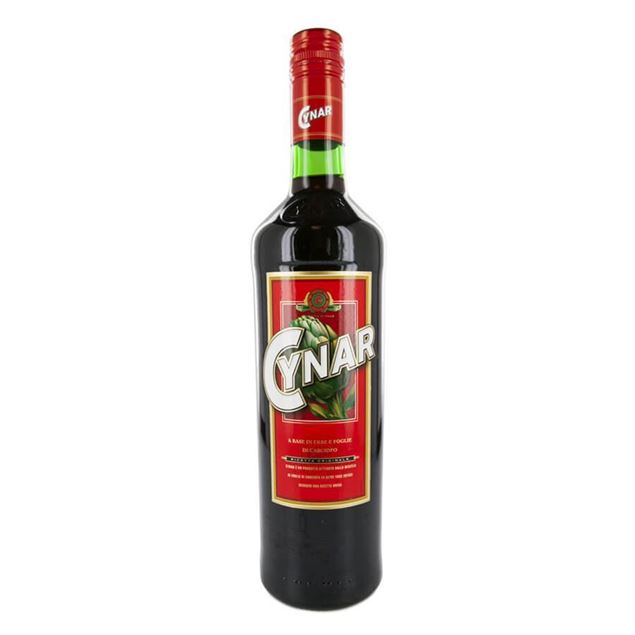 Cynar is an artichoke based bittersweet liquor known for its versatility and distinctive flavour, which is enriched by a secret recipe of the infusion of 13 herbs and plants. The most characteristic among them is artichoke leaves from which the name of the drink derives (Cynar scolymus is the botanic definition of the artichoke). Cynar is a modern and versatile drink that can be enjoyed either straight on the rocks, in a shot, or as an essential ingredient in a variety of “pungent” and original cocktails. 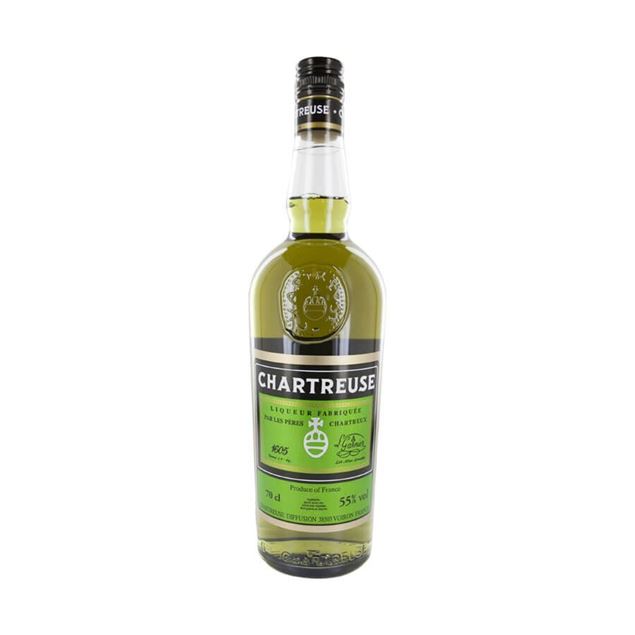 The world’s only naturally green liqueur has got to be worthy of a spot in your drinks cabinet right? We think so anyway and green chartreuse is that drink. Powerfully flavoured and unique amongst similar products, it brings together the flavours of 130 different plants. They’ve been distilled and blended perfectly to deliver the famous flavour and green hues of this liqueur. To get a full taste of its unique flavour it simply must be enjoyed ice cold or splashed over ice. 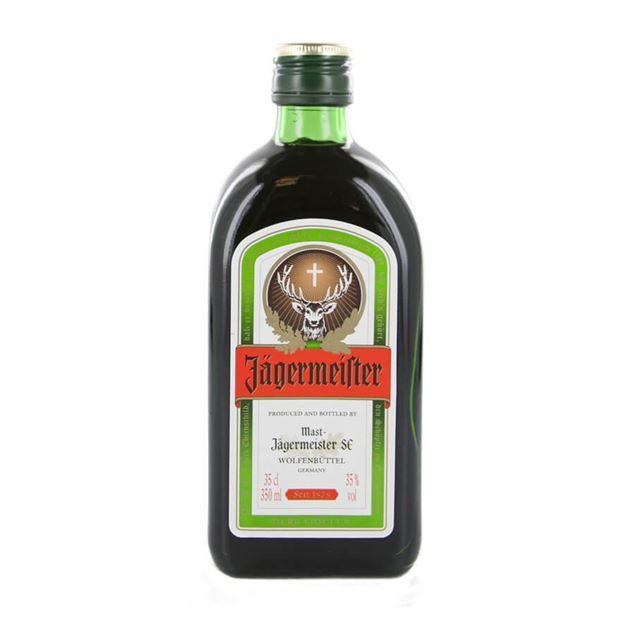 Whether you bomb it or sip it slowly, Jägermeister, the german hunt-master, is a flavour which we all know and love. However you drink yours you’ll know the sticky sweetness it offers, with a complex blend of 56 fruits, spices and herbs creating the trademark taste. With medicinal undertones and aromatic depth, Jägermeister is one of the most popular shooters on the market but it’s often enjoyed in cocktails and even on its own over ice. 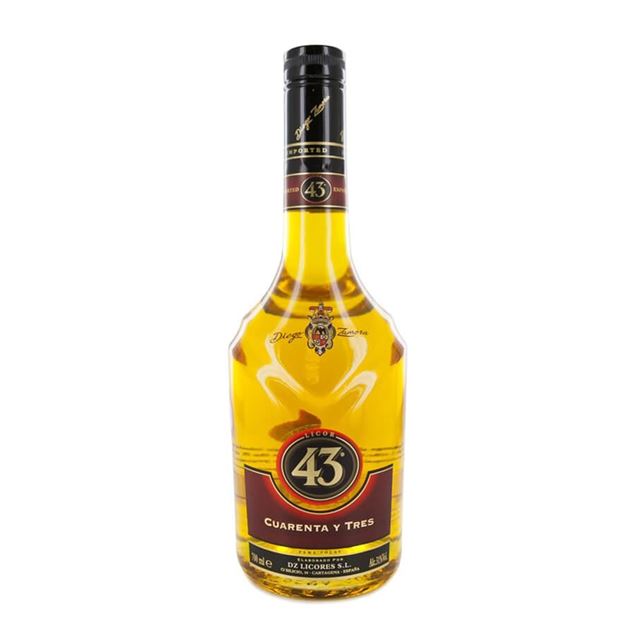 A famous and award-winning Spanish liqueur, Licor 43, as the name suggests, brings together 43 different ingredients. citrus takes the main stage but the flavour is enhanced with a wide range of additional ingredients, including a wide range of aromatic herbs and spices. The secret formula behind Licor 43 can be traced back thousands of years and there’s a good reason for this, it’s just drinkable. The citrus notes lead into warmer butterscotch vanilla which will certainly have you reaching for a second glass. 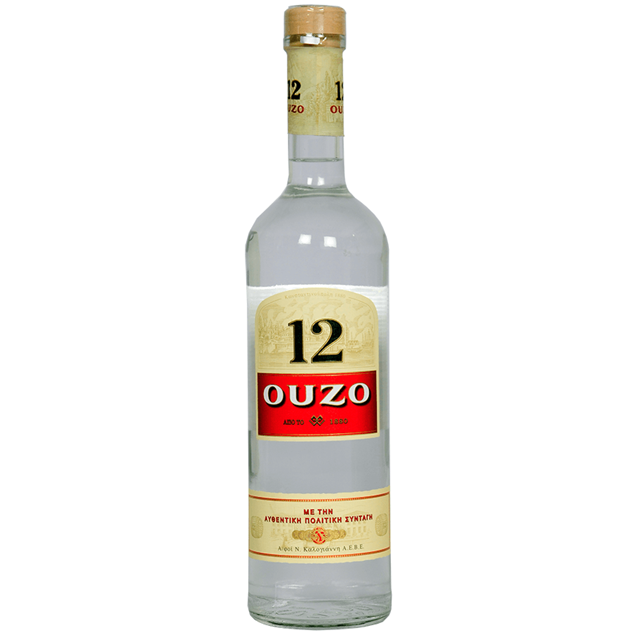 The world’s first bottled Ouzo, Ouzo 12 offers up the taste of Greece. Crystal clear until you add water when it turns milky-white, Ouzo has the distinct fresh flavour of fennel, liquorice on the nose and subtle spices underneath. On tasting the strength of liquorice is released and the fresh fennel notes come through strongly with a welcome hint of sugar at the end. The long finish is intense with liquorice and it’s a flavour which you won’t forget in a hurry. 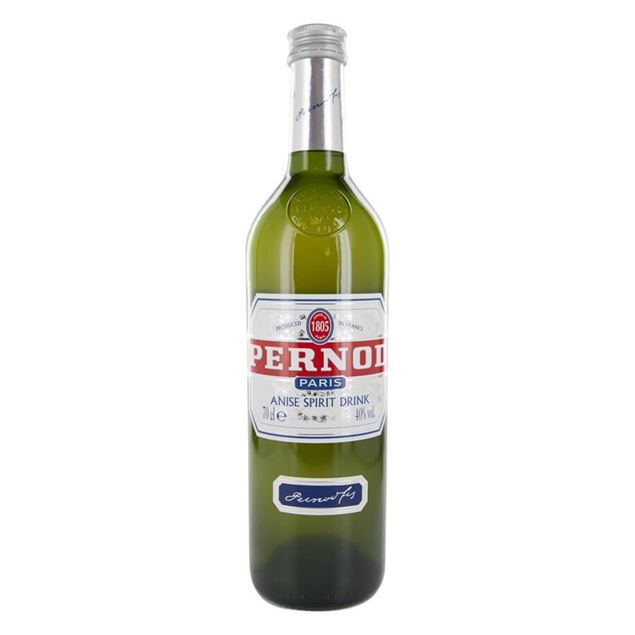 Pernod was created to sate the appetite of the french for aniseed. without the inclusion of notorious wormwood, Pernod could be enjoyed once absinthe was banned and its strong and distinct flavour ensures it’s still enjoyed today. Turning cloudy when water is added to improve the taste, Pernod is rich with aniseed, rooty liquorice and fennel working in perfect harmony. The herbal complexity of each drink makes it even more enjoyable and helps temper the intensity of the liquorice. 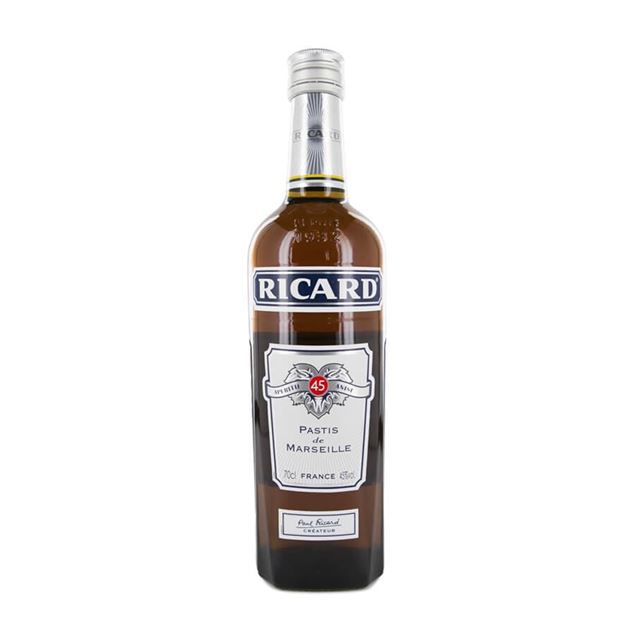 Ricard pastis is a uniquely produced aperitif which brings together three separate ingredients blended perfectly together with neutral alcohol and caramel to create a rich, intense flavour. Liquorice root, green anise and fennel are the three ingredients which deliver the traditional and complex flavours of Ricard. There’s a grassy edge to this pastis which helps it stand out from the crowd and it also has a minty citrus freshness which balances against the warm, liquorice tones. 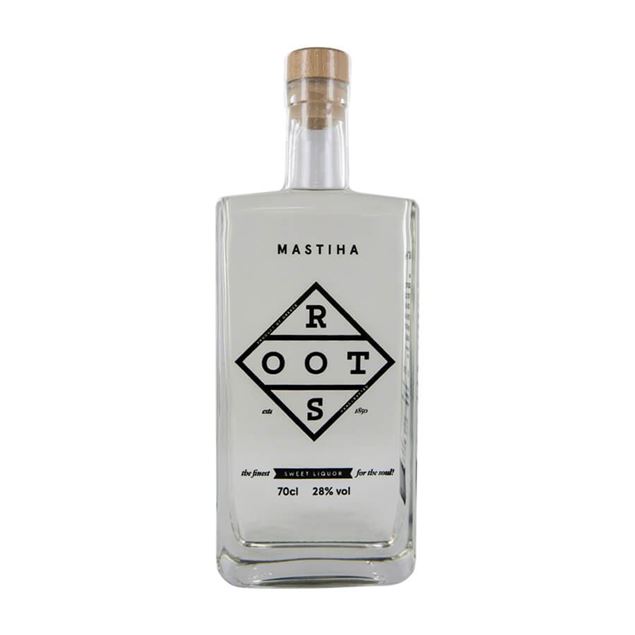 Elegant and clean scent shaping an overall softening and refreshing smell; subtle lavender and coconut mouthfeel, with the unique mastic smell being prevalent. Soft and sweet feel with a microscopic suspicion of sourness. vigorous mastic aftertaste. 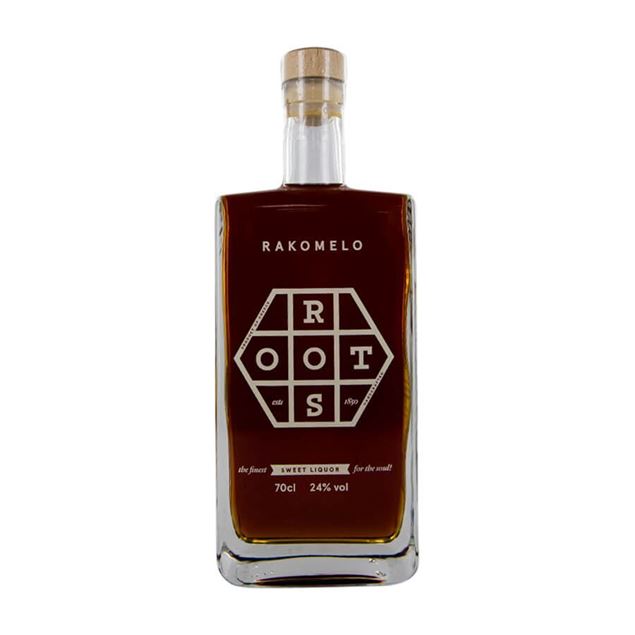 Naturally sweet, honey, and spirited taste. Rakomelo is best consumed warm with the addition of orange and cloves. It has a subtle presence of spices with a very rich and delicate mouthfeel. 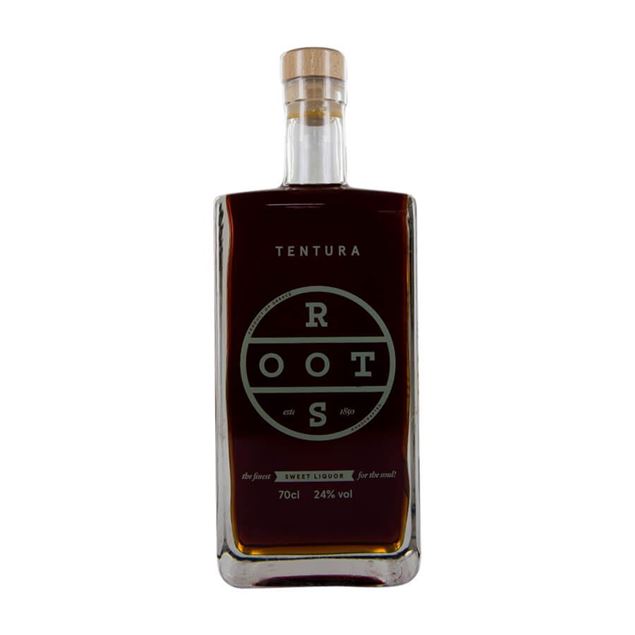 Rich and lush earthy taste with a sweet peppermint and french vanilla feel; a sense of a sweet ‘cigar box’ cedary aftertaste. 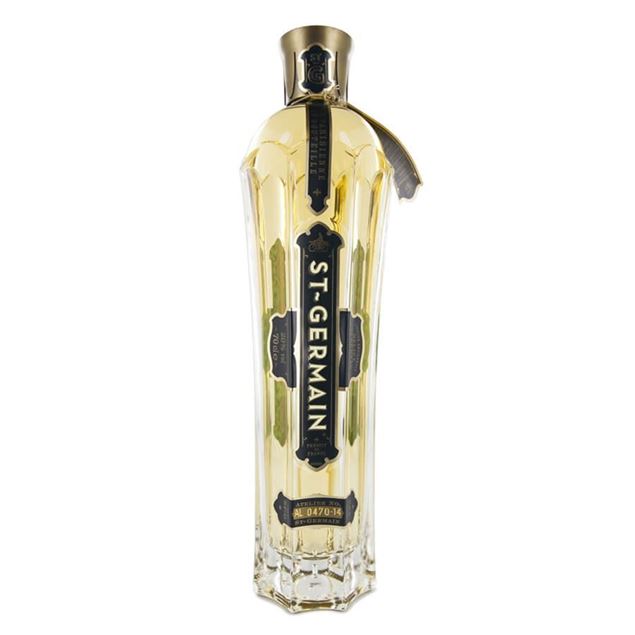 The smooth and light flavour of St-Germain elderflower liqueur has kept it popular for many years and has guaranteed that it’s known as one of the finest and first elderflower liqueurs out there. Its aroma is lightly floral, with elderflower and a little sweetness coming through and then on tasting you’ll enjoy a pungent elderflower hit that mellows and is supported by just the right amount of sweetness. Surprisingly flavoursome considering it’s only got one key ingredient – a real triumph. 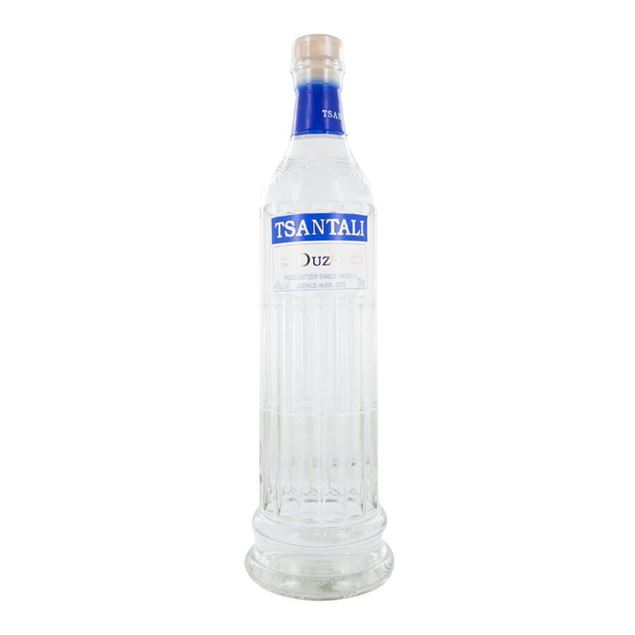 Even the shape of the bottle harks back to ancient Greece, Tsantali ouzo is a traditional flavour made in traditional ways using copper pot stills. as you’d expect with a good ouzo Tsantali is crystal clear and louches milky white when water is added. On tasting, you’ll enjoy a surprising sweetness which pairs with the strong liquorice notes you’d expect and hints of minty freshness too. The liquorice finish on this ouzo is sweeter than average making it a popular choice. 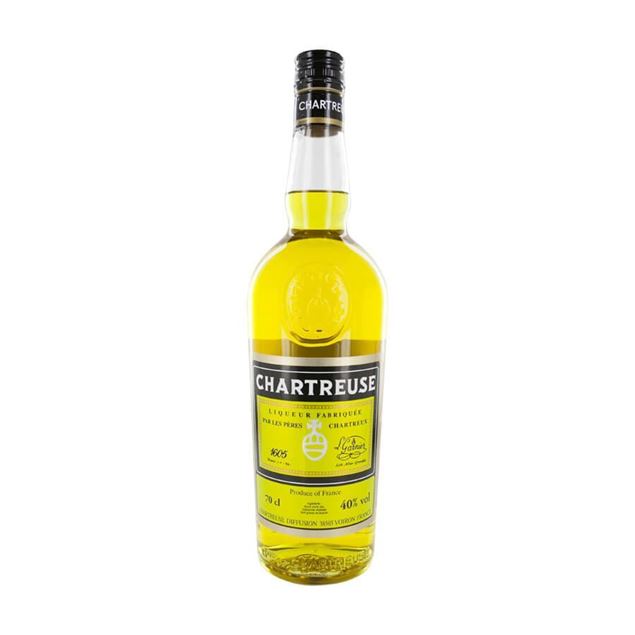 Originally made by the french Carthusian monks, yellow chartreuse is an aromatic and botanical-led liqueur with a distinctive and herbal taste. 130 hand-selected herbs are combined to create the exceptional flavour of yellow chartreuse and the liqueur is then aged in oak barrels to create a distinctive woody flavour. Honey is added to create a sweeter flavour and its lower proof and lighter on the palate when compared to its green compatriot. Wonderful before or after dinner.